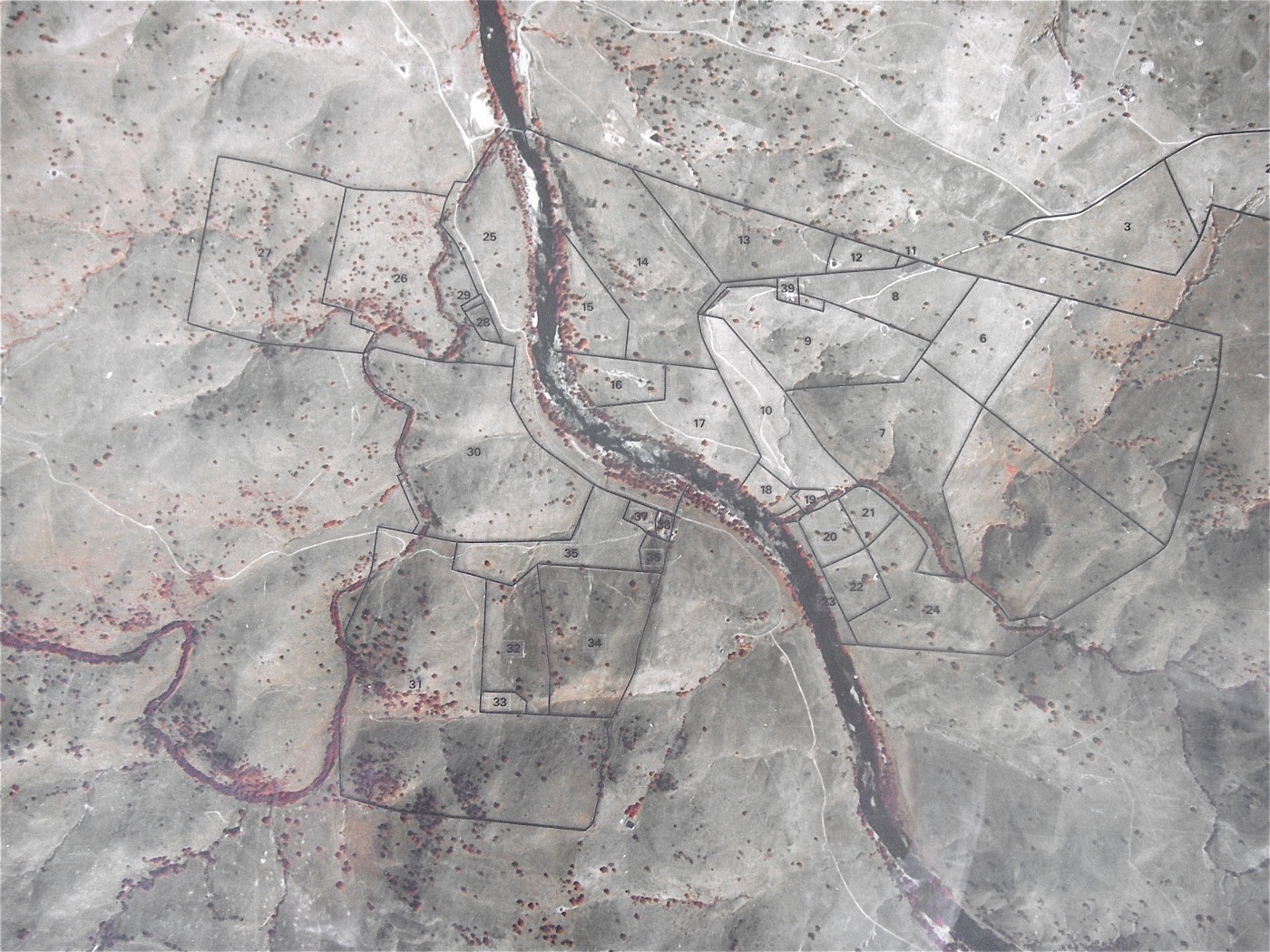 This map comes from an aerial photo my Dad had taken in 1980 and then carefully stencilled the outlines of the paddocks onto glass.  It’s been framed and hanging on the wall for years.

It’s great to have that picture to compare with current images, including another aerial photo I ordered from the state government photo archive in 2011 before with did our first major planting.

It doesn’t include the pine plantation established by one of our neighbors after that time, not any of the plantations Dad or farm manager Graham Harman did between 1980 and 2002.

It also includes a lot of solitary trees that were at risk at the time, and now are lonely skeletons or logs lying in the paddock.

This second image comes from Google Earth and is more recent, as in from 2011.  You can still see the river, and now the pine plantation is a great orientation marker.  You can even see it directly from the top of the Telstra tower in Canberra.  The newer plantations appear as wavery threads, including along the river in front of the Esdale house and along the road gravel road leading directly south from the river toward the Mullion Creek.   My newest plantation(at that time), in the August of 2011 is impossible to see at all.

One day I’ll be able to see what we’ve been doing on newer images. For a new tree to even appear at this scale, it has to be pretty big.  A little daunting, even.  It’s great to be able to have that bird’s eye view, though, and see how everything relates to everything else.

One thought on “THE PLAN – WORKING FROM GOOGLE EARTH”