Brazil’s coastal rainforest could hardly be more distant from a sheep farm in New South Wales.  Yet I found visiting it both inspirational and helpful for my own plans.

The rainforest plant life is nothing like our dry eucalypts and grasses.  While there are a few ancient relatives of Australian plants, most of the vegetation looks as if it’s been ordered from a hothouse catalogue – heliconias, bromeliads, philodendrons, orchids and more.

We were lucky enough this June to spend time exploring at Serra Bonita.   Lepidopterist Vitor Becker and  Clemira Souza started building a reserve for the Atlantic rainforest of Bahia  in 1997, just after Brazil began allowing land ownership for wildlife purposes.  Before that, anyone who kept a piece of rainforest uncleared or unfarmed risked having it confiscated and given to someone who would farm it. 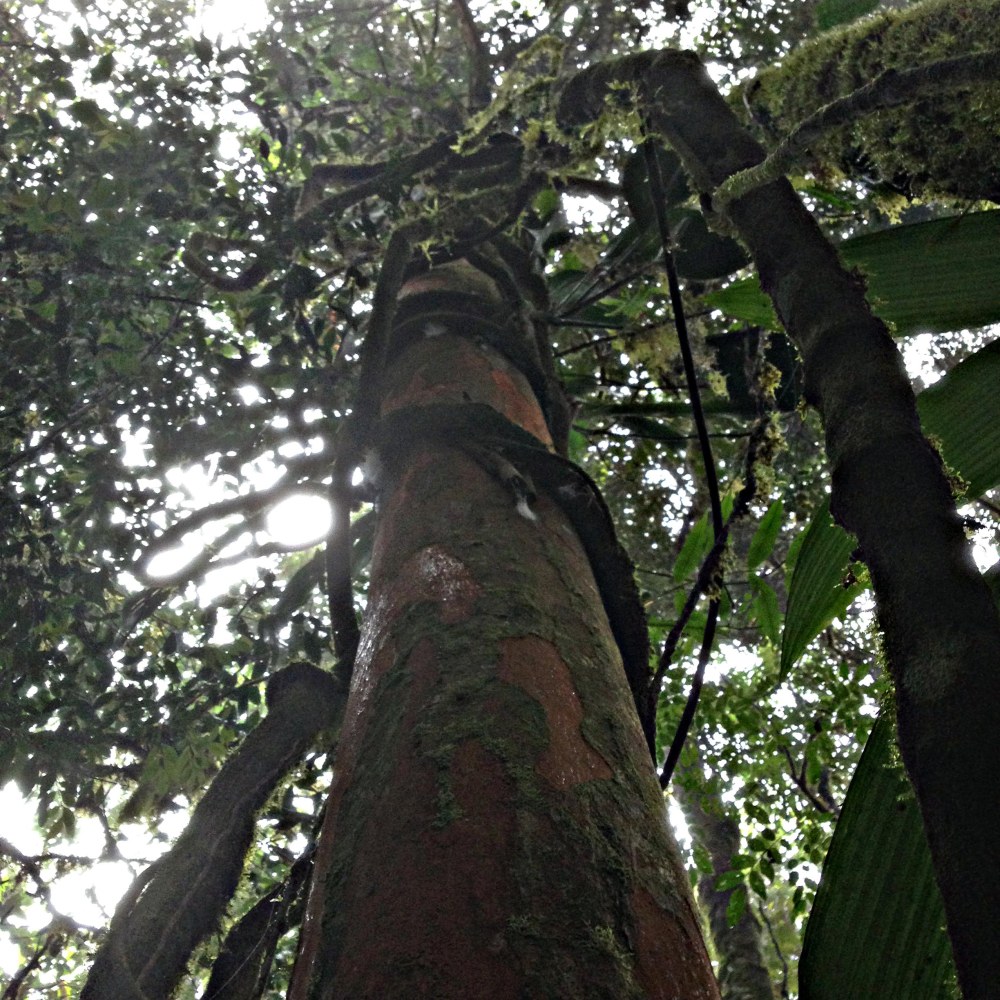 Bahia is famous for its cacao plantations, where the cacao trees are planted under the canopy of the rainforest.  Craig was reading Jorge Amado’s “The Violent Land” while we were there, horrified with its descriptions of the cruel plantation system, and the wealth that was gained from it.  But at the same time that Vitor was getting his reserve started, “witches broom disease” began to destroy the local cacao industry and many growers were happy to sell off land and leave for the bright city lights of Sao Paulo.

Those that stayed either moved to growing cattle (clearing the forest and leaving just a few remnants), or new varieties of cacao grown without the forest canopy.  Either option is less friendly for wildlife than the older cacao plantations..

I’m very impressed that, farm by farm, Vitor has stitched together a refuge.  He’s had the help of lots of local and international partners under the Instituto Uiracu (named after the local Harpy Eagle).  He’d like to build the area up to 18,500 acres (7500 hectares).  Only some of it has been fully protected (in green), other parts are partially protected, but include, say, a banana plantation to allow reserve workers to support themselves, or accommodation for visiting scientists.

It’s projects like Instituto Uiracu that have  slowed Brazil’s rate of deforestation.  500,000 square kilometres were put under protection between 2003 and 2009 in Brazil (that’s 50 million hectares or 2 hundred thousand square miles).  A lot.  Brazil is big, though, and there’s still plenty to do.  Nevertheless  it’s really heartening to see that the right incentives can work.

Serra Bonita is not just a reserve, there are also labs and Vitor’s huge research collection of moths. 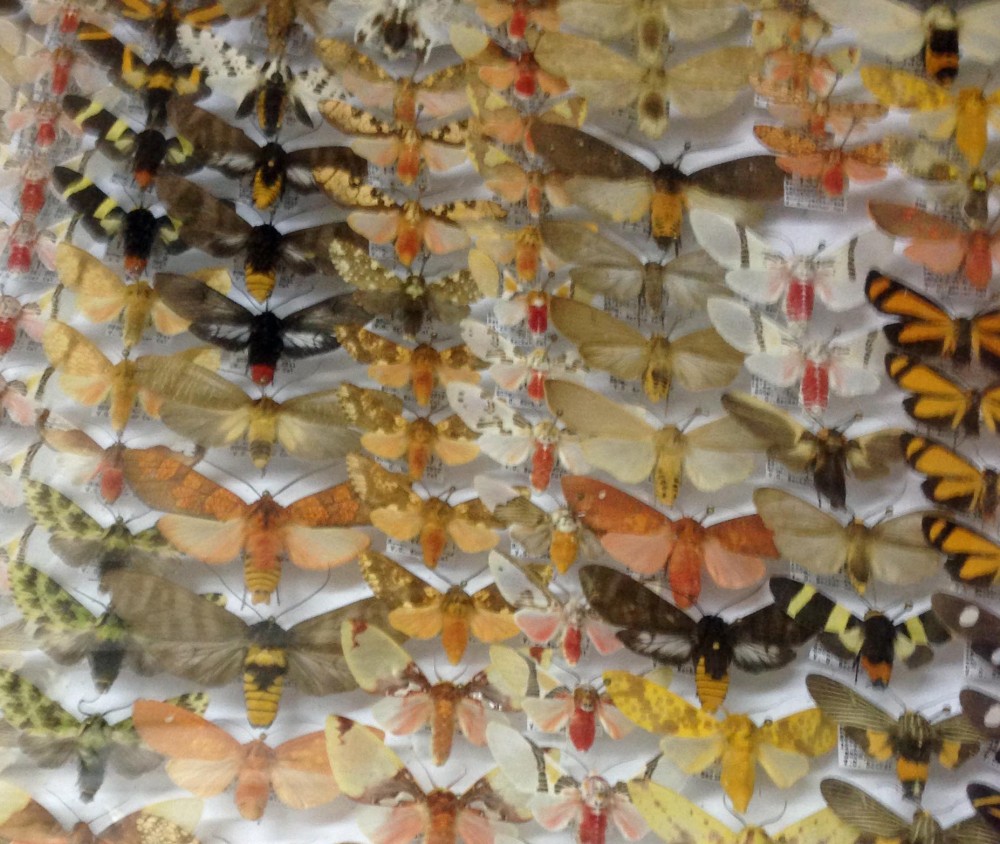 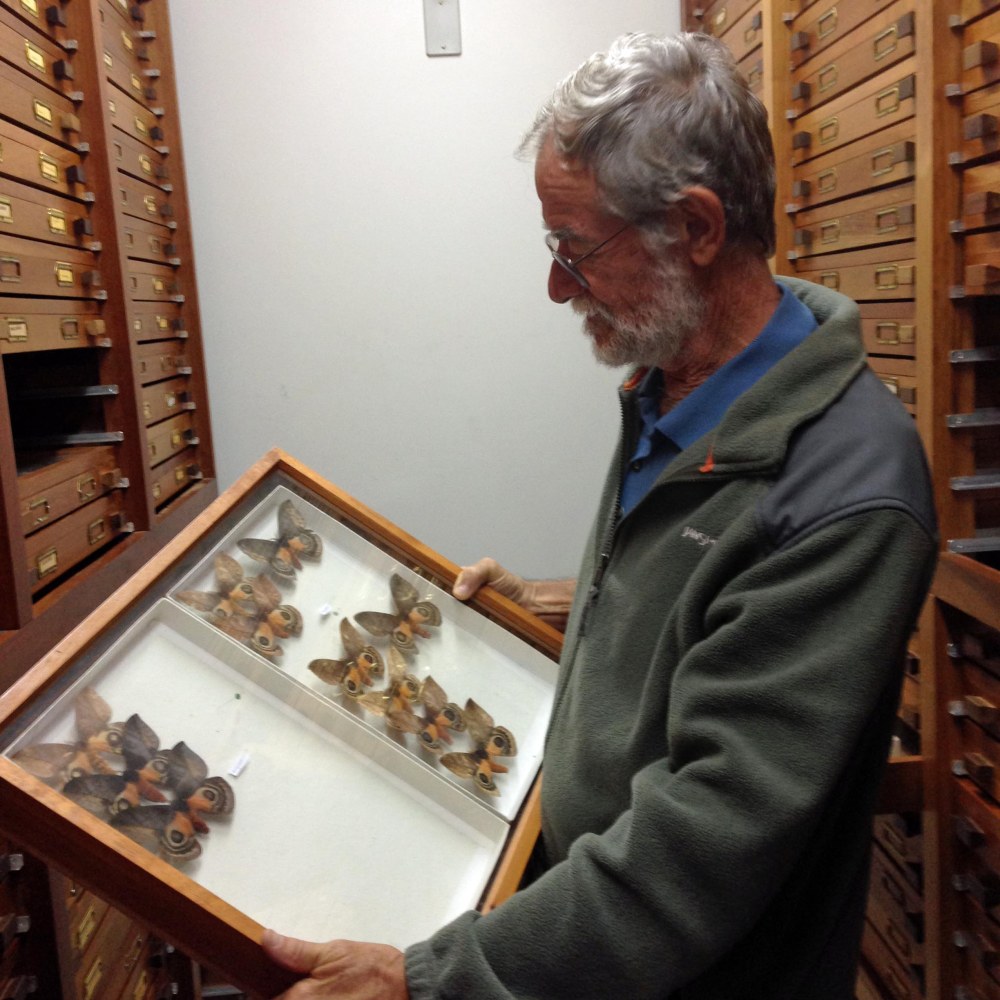 One of his projects has been to work on re-introducing howler monkeys to the area.

Unfortunately, the female was the wrong age for the young male, who has been left to grow up before they try again with a mate. In the meantime, we got to have a baby howler monkey’s prehensile tail wrapped around our necks like a warm furry scarf.

Vitor has been encouraging locals to be more interested in the wildlife, with some success.

The snakes are still unpopular, though.  A key predator in the forest is the  bushmaster (lachesis muta) which is heat-seeking as well as venomous.  I understand the behaviour of our local snakes reasonably well (meaning I stay out of their way) but I was a little freaked out at the idea of a creature that would hunt me down by body heat.  When I read about one that caused an accident by attacking the headlight of a passing motorcycle – well, it kept me awake for a few nights. Since the airlines had lost my baggage on the way to Brazil, I had to make a special trip to a Brazilian shopping mall to stock up on snakeproof long pants.  Of course we saw no bushmasters, nor fer de lance, but Craig and Charles did catch a cute frog with red legs.

I was impressed by Vitor’s organization, the scale, and the numerous scientific projects he has going on.  But one story he told me I reminded me that there are ways that all conservation projects can be alike.

In this case the likeness is in the hills .   “Serra” means mountain range.  Our hills are smaller, but they’re still important.

My plan has been to  revegetate the bare ridges of our farm in particular because I’ve been told that’s the best way to slow down the movement of water in the landscape.  At the start I found it hard to believe that the top of the hills would be a good place to store water, when it’s most visible as it rushes down the slopes in creeks and streams.  At some stage I hope planting the hills will start making a visible difference.  I’m still working out how we might measure it. 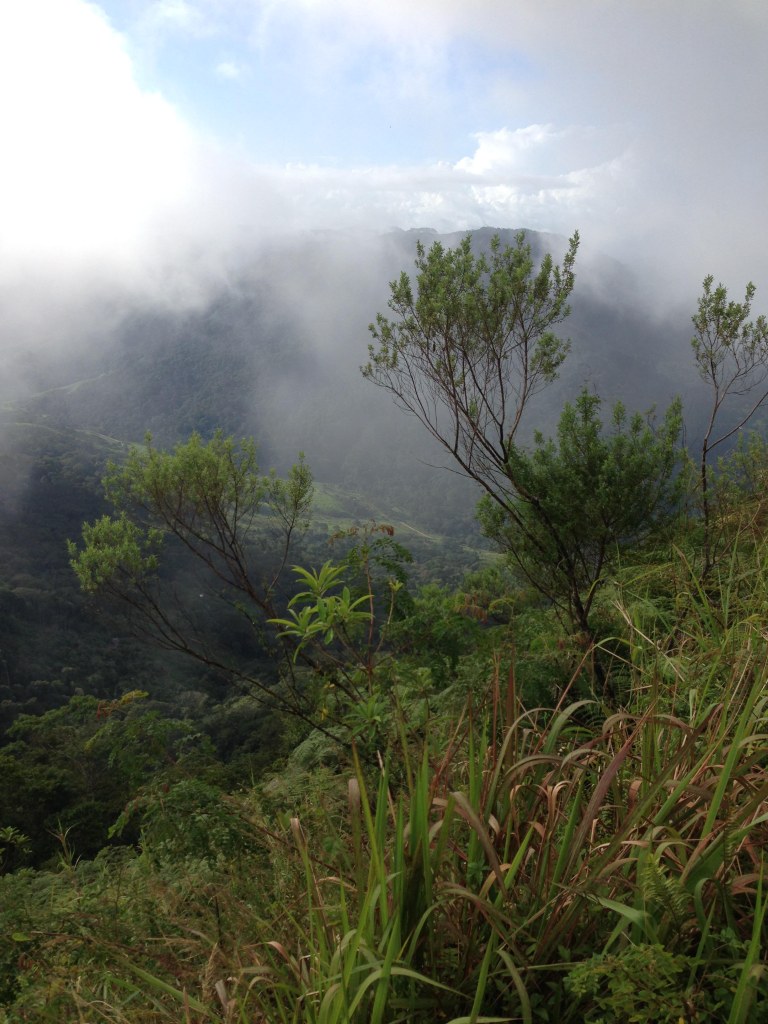 Serra Bonita’s mountains are still forested.  It’s cloud forest – with some of the moisture coming from the fogs that wrap themselves around the peaks.  The reserve is surrounded by farming land, running down to lakes and eventually to the Atlantic Ocean.

Vitor told me a story about the recent drought they’d been having (not obvious to an Australian):  “A lot of the local streams dried up, and the farmers had no water.  Those were the streams where all the hills had been cleared.  But the streams that came out of our reserve kept running, all the way through the dry spell.  One day I met a farmer who said to me “Thank you for the water.”  He recognized the reason he still had water was the forest.  Nobody had to tell him, he could see it.”

With all our differences, one day, maybe, we’ll be able to clearly see that effect too.

9 thoughts on “THANK YOU FOR THE WATER…”