This page gets EVER LONGER – because so many people have been so wonderful.  Without all of you, it would not be possible to do what we have done at Esdale and Adnamira since 2012.   Thank you, thank you, thank you.

None of our projects would have been possible without the support of BARBARA HAMER whose love of the Australian bush and wildlife was an inspiration.  We miss her.

Other family support has come from:

CHARLES MORITZ  – usually far away on another continent 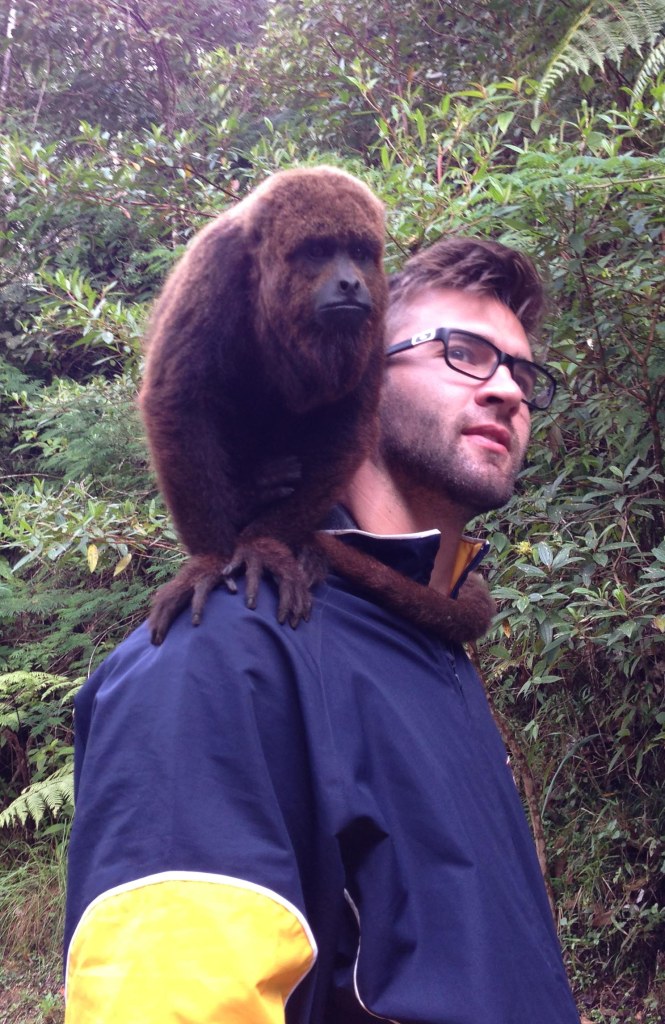 Also our neighbours ANDREW LEONARD and FRANK KAVENEY for their considerable patience with my lack of knowledge and sudden changes of plan.  And our other neighbours for their (fairly) quiet scepticism and emotional support.

SOUTHEAST LOCAL LAND SERVICES (previously the Murrumbidgee Catchment Authority) has given us a Box Gum Woodland grant to rehabilitate 13 ha of steep slope on Esdale in 2014, a grant for 5 small enclosures on Esdale in 2015, and in 2016 grants for two windbreaks and two rocky knolls on both properties.

GREENING AUSTRALIA Capital Region -for two grants in 1999 and 2003 for riparian fencing and planting, a Whole Paddock Rehabilitation grant in 2013, plants for the K2C grant in 2014, two Glossy Black Cockatoo areas, one planted by the Green Army on our roughest country in 2015, and the other with ThinkPlace in 2018, plus skilled weeding assistance with our Box-Gum Woodland .  And just being awesome.

FOUNDATION FOR NATIONAL PARKS AND WILDLIFE – got us started with our Little Triangles program, replacing paddock trees with 6m fenced triangles of trees and supporting shrubs over three years 2016-18.  We’ve continued the project with 10-20 more triangles each year.

Most recent thanks go to:

2021 – Dmitry, Reid, James, Marga, Kate O’Hara (plus truck), Jessie and Yunus for the new Box Gum connecting windbreak, lots of little triangles in the Windmill Paddock and finishing the Adnamira tree lines from 2020. 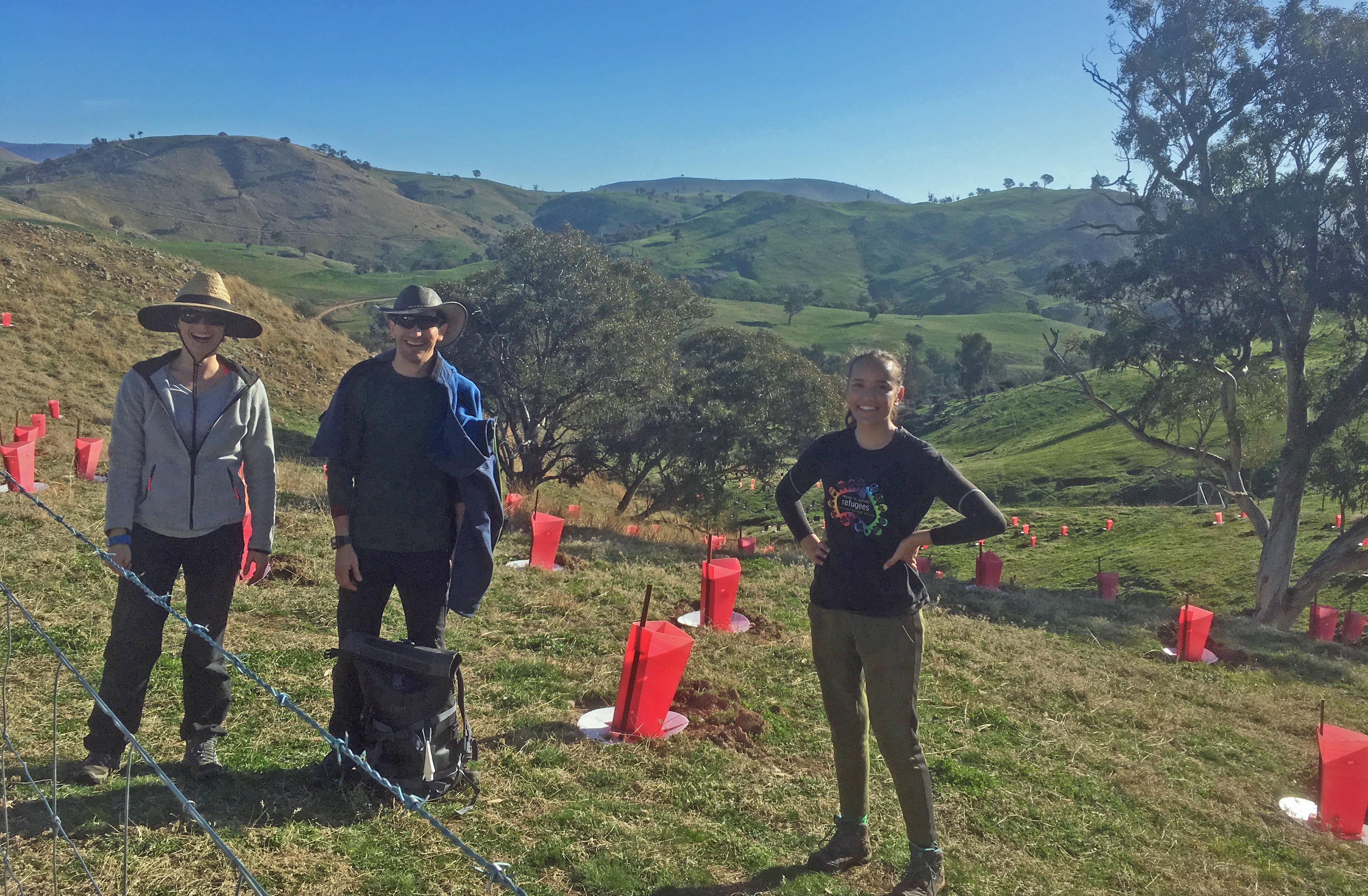 Moise, John, Sam, Bush and Patrick – who got I hope more insight into living in Australia through the Global Alliance for Peace visits in 2018 and 2019.

– for careful and precise on the ground help over three years.

Greening Australia and ThinkPlace for the second Glossy Black Cockatoo Plantation (Cockatoo 2) 2018 – two busloads of helpers plus the Rebound crew for a challenging ridgeline. 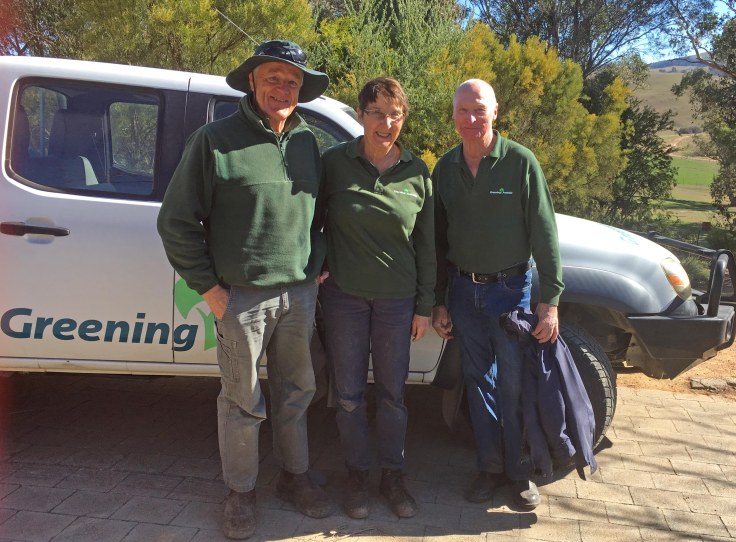 The Adnamira Windbreak Planting Crew 2017- 3 days of planting instead of six, fully mulched and watered.  Yay. 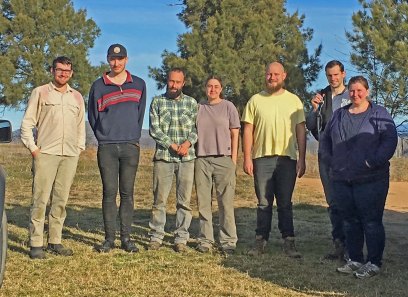 Fabian and Emil  – for their contributions to willow-poisoning, woolshed clearing and other horrible jobs.

Andres from GreenEdge GardenScape – out of the garden and into the paddock, ably assisted by an extremely cute puppy.  Special skills including leaping from fence-posts in a single bound.

Yan Li – interpreter and social worker, and now our most stylish ever tree-planter.

Dr Sonal Singhal, previously of Berkeley California, but now at the University of Michigan. Expert smacking of star pickets for our tiny paddock tree enclosures.

2016’swonderful, (almost) inexhaustible tree planting assistants:  Matthew Kent and Kristen Whiting who are both students of environmental science and/or management.

Hannah Miller of Berkeley, California for intrepid wattle-seeding, weeding, and most of all for tackling the many, many problems of Wombat Hollow armed with nothing but ghost-busting kit.

Vicki Funk from the Smithsonian for help checking up on our young trees.

and Scott Edwards from Harvard University for not just the extreme weeding in our 2011 plantation, but also for bravely removing a dead chicken from our chicken tractor. “I’m an ornithologist” he says calmly.

KOSCIUSKO TO COAST FOUNDATION – Lesley Peden and Rainer Rehwinkel – for the Small Bird linkage project of five fenced exclosures to allow small birds to move around the landscape from 2014 on.

– the unstoppable proprietor of Georgia’s Patch

AJ and Jess – the high-speed classicist and the oboist.

ALEX CARTER  and JACOB – the international team flown in from Colorado for site prep.

TRENT WILKE – the invaluable, patient and energetic year-round assistant of 2013 and 2014.

JO CONSTANTINIDES – not just planting, but cake as well

KATE – all the way from Atlanta, Georgia

JACQUI STOL , all the way from Murrumbateman 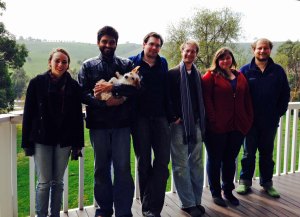 ANDREW KILBY for the essential fencing out of the sheep. 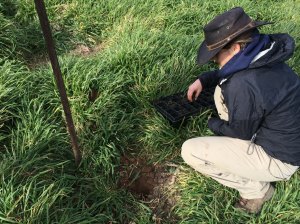 2014 HANNAH SELMES, LESLEY PEDEN (again) and THE WONDERFUL CANBERRA INSTITUTE OF TECHNOLOGY CONSERVATION AND LAND MANAGEMENT STUDENTS who mulched some of the Box-Gum Woodland trees on September 4 2014. 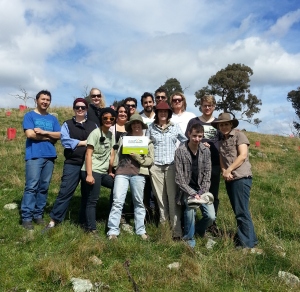 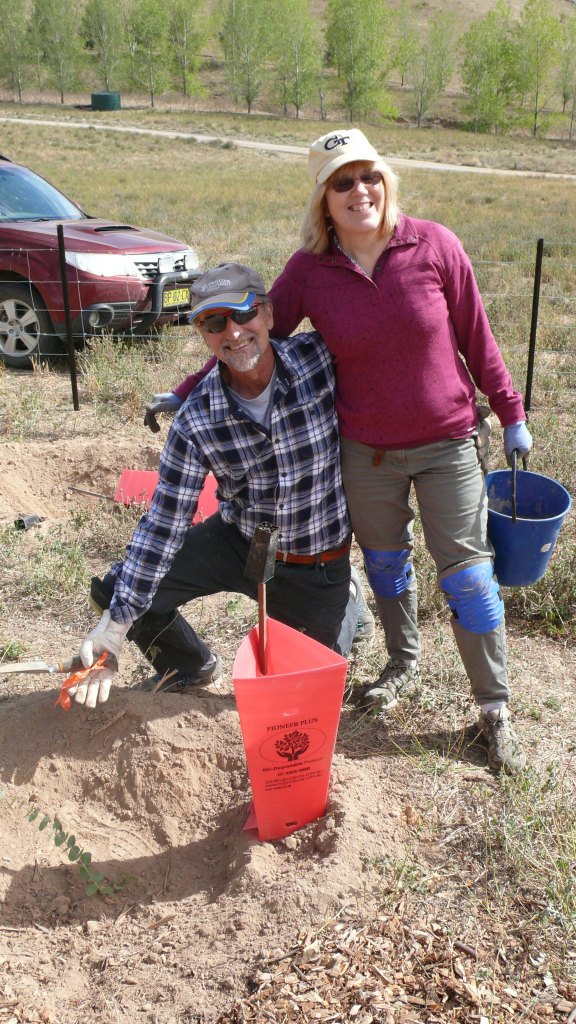 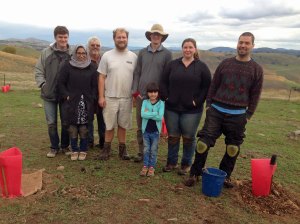 One thought on “THANKS”