After the long chilly winter, it seems that finally we’ve got flowers again.  The wattles as always make a show of golden baubles at the very end of winter and the beginning of spring.

Up on the hills and down to the river the Early Nancies (Wurmbea Dioica) have been flowering for a few weeks. 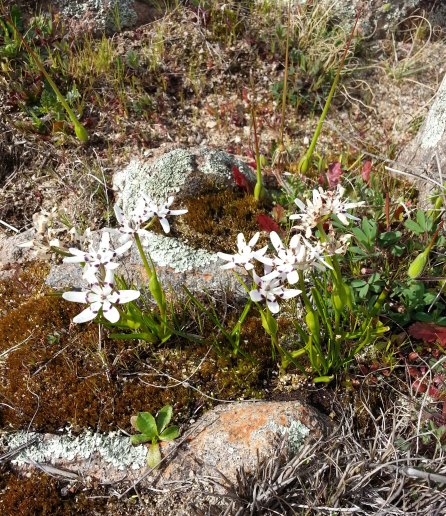 I’m hoping soon to see the Bulbine Lilies (bulbine bulbosa) that were growing last year among the rocks near our swimming hole along with prickly starwort (stellaria pungens).

But all this local loveliness got put into perspective when we went to Western Australia.  The trees were bigger for a start.

Craig’s lab, plus Western Australians such as Dave Coates were happy to vary a tour of Margaret River wineries with the occasional lizard hunt and checking out the flowers and other plants.   Clare Stephens was happy to explain that the big gumnuts (“honky nuts”) from the Marri tree (corymbia calophylla) were definitely the ones used by May Gibbs when she drew homes for  the children’s story Snugglepot and Cuddlepie.   The Marri is a type of bloodwood, getting its name from the streaks of red sap that leak down the trunk wherever it has been cut or scratched, for example by possums.  The Karri tree, despite being much bigger, has only tiny nuts.  Maybe it’s on steroids.

My favorite plant name is the “snottygobble” – in Eastern Australia known as the geebung and most places as a persoonia longifolia.  As far as I know it’s not one of the plant names that’s about to change, as for example  banksia and dryandra are being combined into one, the Africans had to be fought for the name acacia for wattles (as they actually had it first, but we have many more of them), Eugenia became syzygium quite a while ago, various eucalyptus have become corymbia.  Botanists like to laugh at the ever-changing muddled common names for plants like snottygobble and geebung, but lately they’ve seemed more stable than the latin names.  “Hands off our hakeas! “may be my new slogan.

Whatever they’re called ( and I did get confused, even as we flipped back and forth through our guidebook) the flowers were everywhere, from the coast at Augusta all the way up to Lesueur National Park near Jurien Bay. 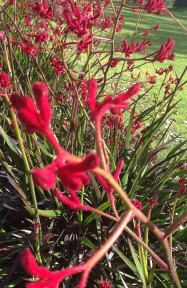 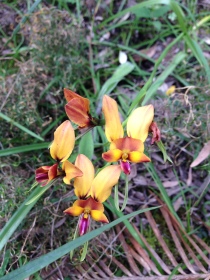 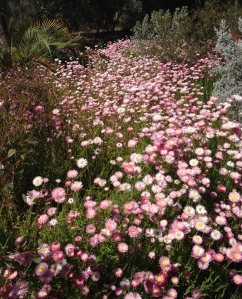 Some of the flowers were tiny.

Some extraordinary plants weren’t flowers at all. 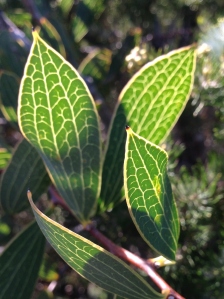 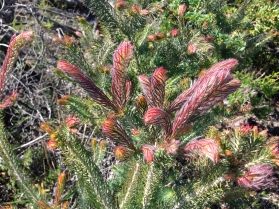 But my favorite remains the hardenbergia  because of its story.  It was named after the sister of Carl Alexander Anselm, Baron von Huegel who visited Australia, broken-hearted after his fiancee was forced to marry the much older and more powerful Prince Metternich.   Von Huegel’s sister received and looked after his huge collection as he sent it, bit by bit from Australia.   At least the latin name in her honour hasn’t been changed.  Yet.

2 thoughts on “WATTLES AND WILDFLOWERS”